Anyone who knows me really well knows that I have wanted to be a lawyer since I was in high school. Even in undergrad whenever we had to do the “picture yourself at your retirement party” exercises I was always retired from a career as an attorney and still heavily involved in philanthropic activities. I literally don’t know what I would do or who I would be in the future if I didn’t become a lawyer at some point in time. It’s what I’m most passionate about for my future. With all that being said, it came as a surprise to many people when I decided that I was no longer taking the December LSAT. For those of you who may be unfamiliar with the applying to law school process, the LSAT is the Law School Admissions Test. Anyone who wants to get into Law School  has to take it. I have been talking about taking this test in December since I graduated in May and like I stated earlier, I decided against the December LSAT a few days ago. This was met with some apprehension by myself and even more by certain friends and family members. The process of coming to this decision made me realize some things about myself. There are quite a few reasons I decided not to go through with it and this entry is where I’m going to go into detail about them and be completely honest.

One of the primary reasons I decided against taking the LSAT in December is because it honestly was not a top priority in the these last post-grad months. Since I’ve graduated I’ve worked to save up money for my trip to Ohio (and other trips and/or activities) and then I did the things that I had wanted to do while I was in undergrad but never had time time to do. Even when everyone around me could see that I was just been traveling and enjoying my time as an alumna, I still had tried to trick myself into believing that the LSAT was my priority. Plot twist: it never was. I listen to a number of podcasts and I can’t remember who said it exactly but on one of them I heard “if you want to know what’s important to you, look at how you spend your money.” What have I been spending my money on? Not the LSAT, that’s for sure. I’ve been traveling to different places, eating different foods, and just doing things I enjoy that I had to limit when I was still in school. That’s what I care about and why I decided to take time off from school once I graduated; I wanted to go places I haven’t been and see things I haven’t seen. My money hasn’t gone towards the LSAT and my prep course was barely paid for in the end of September because it just kept getting put off by me studying on my own (Note to self: this is ineffective, I have never been someone who could just read a book and figure out everything that was going on). I’m not exactly proud of how all this has played out but it has taught me that what I was saying and what I actually wanted were not aligned with one another. 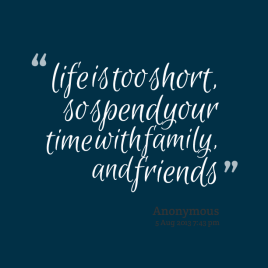 Another reason I decided against taking the December LSAT is because my trip to Ohio hasn’t exactly gone as planned. When I first decided to come out here it was to spend time with my family and to study for the LSAT. A little known fact about me is up until last July I hadn’t seen my family for 11 years. Yes you read that right, 11 years! When I came out here last July I was only here for about 4 or 5 days give or take. So needless to say, I haven’t spent an extended time with my family in a long time. Because I bought my prep course in late September and the exam is on the third day of December, I was unbelievably stressed out and trying to overcompensate for my lack of studying in earlier months. This lead to me having to pull 8 hour or more study days while my family was texting me “where are you?” “Come over Tete’s house” “Let’s go get food” “Let’s hang out” and me feeling immensely guilty when I had to tell them I couldn’t because I had to study. I could feel them getting annoyed with my reasons and already not wanting to ask me to do things. In the moments I would put off studying to see them I would be worrying about the exam and feeling like I should be studying instead which made me unable to enjoy my moments with them.  I felt horrible and called my mom stressing out about it. She told me”spend time with your family, don’t worry about the test”, as I was five minutes away from a panic attack. In the moment that she told me that I felt so much relief. Back when I was still undergrad and I decided I wanted to take time off for a year* after graduation…it lead to my mom and I arguing about it. For me to now have her okay meant the world to me. My mom knows how I deal with stress better than most people so she understood why I was calling her. If I had decided to take the December I would have been unhappy and stressed out. I wouldn’t have been the the normal stressed out that comes with academic related endeavors; I would have had anxiety through the roof and my health would have suffered. Which ultimately was the main reason the December LSAT and I broke up.

Something most people don’t know about me is that in December of last year I started having symptoms of anxiety and panic attacks. Whether I would be sitting down and thinking about the future,  finally able to fall asleep, or anything in between I was having panic attacks. It wasn’t a once in a blue moon type of thing either; these were at least once every two or three days (sometimes even more) type of thing that ultimately lead to me going to my doctor and asking for help. They didn’t think I was anxious enough to be diagnosed with anxiety but they did say that I was stressing myself out entirely too much and I needed to relax. They prescribed me something that treats mild anxiety and sent me on my way. For the entire remainder of my senior year as well as the summer after graduating I would still have them. The worst ones would happen when I was fast asleep and then woke up feeling a sense of urgency and couldn’t breathe or figure out why the hell I was having a panic attack in the middle of the night. Fast forward to now and they still are happening even though they are not as often, they still worry me very much. When people congratulate me on graduating they truly don’t know that the last year of undergrad really took a lot out of me. While I tried to maintain my cool and act like I had everything together I was suffering mentally, emotionally, spiritually, and even physically with my health. This is not uncommon to people in college. By no means am I trying to make myself sound like a victim to things other people haven’t gone through. I know that I’m one of many people to deal with these issues. The point is, I don’t want to feel that way any longer. I don’t miss undergrad. I don’t miss having deadlines on deadlines and balancing working, school, a social life, and time for myself to just chill out and I’ve just realized that those negative feelings are what I’m currently still associating the LSAT and law school with. 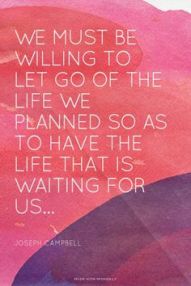 I used to intern with attorneys in San Diego and many of them would tell me “take as much time as you need after you graduate because once you start law school it never stops. You have to take the LSAT, then get into law school, then graduate, then pass the Bar Exam, and then try to find a job, so take as much time as you need!” That’s what I want to do. For the first time since I was 2 years old I don’t HAVE to go to school and I am so excited about it. It makes me feel like I can breathe and enjoy life. Which I feel like I should be able to do. The reason I’ve been trying to follow this strict timeline of my journey to law school isn’t because I wanted to but because I felt like I had to in order to keep up this facade that my life is all great and I’m the girl with the plan who’s got it all together. Also, being the first person in my family to graduate from a four year university (even if it took me five years) puts a great amount of pressure on me as well. Well I’m not going to tolerate it anymore. If I decide to take the LSAT in February and apply for next Fall, great. If I decide to take another year off and just work and save money and take trips when I can, great. The main point is it’s MY decision and no one else’s. I want to embark on this journey to law school when I feel that I’m mentally and emotionally capable of doing so. I busted MY ass being heavily involved in undergrad to have a pretty good resume, a decent GPA, and degree so I should be the person I’m trying to please with my decisions. That’s why I’m not taking the December LSAT and I’m finally starting to be okay with saying it.

Have you ever felt like you HAD to do something in order to keep up your image or not let your family down? Leave a comment and talk about it.

2 thoughts on “Why the December LSAT and I broke up, for Good this Time.”